And the weeks that followed with, what we believed was simply a colicky baby, was actually a baby experiencing seizures. But at the time, we were new parents and were confident in the care of our pediatrician.

The next year was amazing. Grace eventually ‘grew out’ of the colicky stage and was one of the happiest babies I had ever seen. When she smiled, it was with her entire face, from the twinkle in her beautiful blue eyes to a little toothless grin. She could light up a room and melt hearts by her simple smile.

In late 2004, we decided to move from the Bay Area back to where Perry grew up to be close to Perry’s parents. Grace celebrated her first birthday in the new house surrounded by family. Life was good.

In February 2005, we found out we were expecting again. Life was just getting better by the minute. 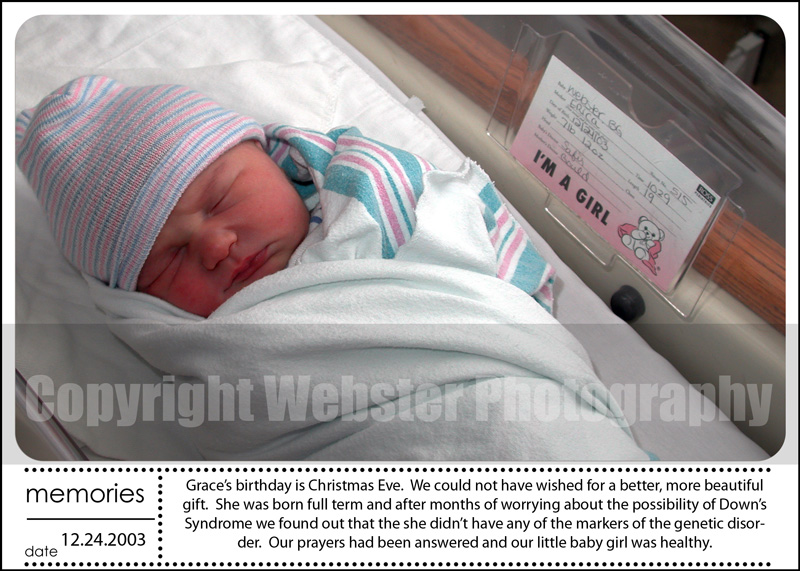